If you drop a metaphor and a simile from the tower of Pisa, which will land first? 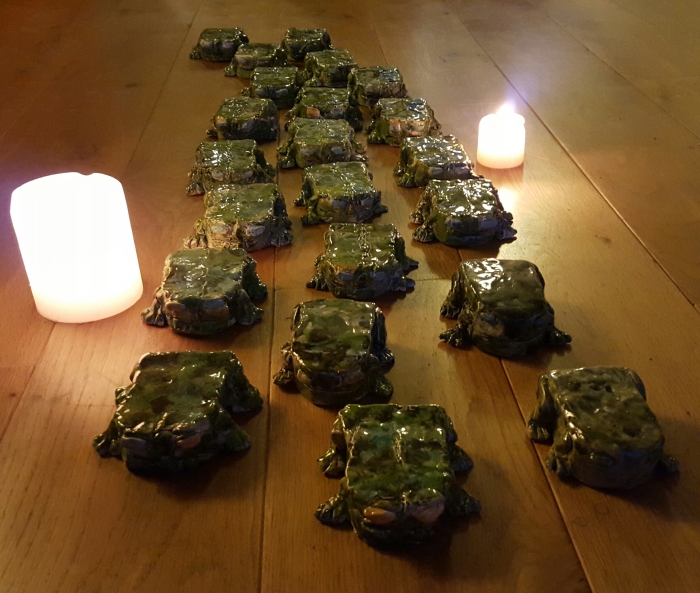 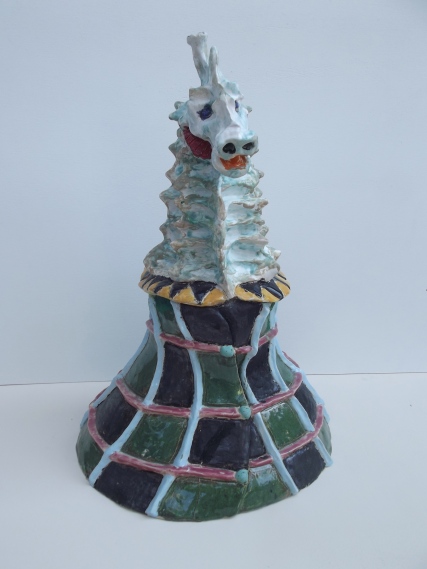 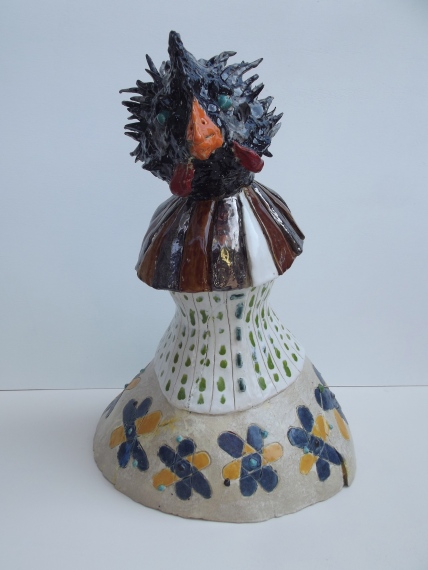 James Lang has been making art since the early 80’s. His main interest is in sculpture and he specialised in bronze and ceramics early on. (He did an MFA art program at Pratt University under Licio Isolani.) Lang has combined his studies in literature with his art and enjoys writing witty vignettes about the sculpture that he personifies.

In 1990 Lang moved to Hungary to work at an art school in Pecs and there he started a series on “hair stylist” sculpture and photography that involved humans but also animals getting their hair cut and dried in a traditional manner.

In l991 Lang moved to Paris which turned out to be a long term move. In the 20th district he set up a studio and participated in a number of group and individual shows. Over a period of 9 years he worked on two thematic bodies: the first was the “organ” series that included the “Organ Shop”, large ceramic organs, organs on scooters, in strollers  and even in trees. Some of his work was installation or performance based with the reading of his poetry for opening events. The organs were exhibited at the Chapelle of the Salpetriere hospital and Lang took part in debates (in Geneva as well) with academics and patients who had received transplants over the ethical issues that are associated and often poorly communicated in this field. Another series of giant hearts that were shot with a rifle while the clay was still fresh was exhibited at the Koln art fair. This work, “Sniper’s alley” what a response the the shooting in Sarajevo during the war in ex-Yugoslavia.

His second main work in Paris consisted of making “fish in trees”. This entailed carving trunks of fruit trees in an aboriginal fashion and placing his sculpted ceramic fish that sometimes had human facial characteristics  at the end of the branches. A series of smaller fish that stood with metal rods was also made and as they were numerous they became schools of fish.

With the arrival of two sons Lang took a 10 year break although he has continued writing and reading in a number of forums.

Having moved to Geneva, he has now for a period of 4 years been working on a series of animals that are wearing Victorian corseted dresses. There is an association of fashion design that the artist admits (“In New York I used to work at Tender Buttons”, an important fashion hub where many designers got their ideas.) The main emphasis is on the abstraction of the body which Victorian women put themselves through. To achieve the much desired beehive waist women started wearing them at an wary age and even slept with their corsets to deform their skeletal shape.

The sculptures that Lang makes have a naive or primitive art feeling: they lack arms and legs hence the focus is solely on the head and dress. In addition these sculptures are often put together in small groups and the artist has conjured up a number of stories often inspired from current affairs that place these characters in scenarios that he photographs.